EndoMarch: A Worldwide Campaign on Endometriosis

The worldwide EndoMarch campaign takes place every year. In Germany it is mainly organized by the Endometriose Dialog e.V. association. This article explains what the event is all about, which events have already taken place in the past and what is planned for the upcoming years.

EndoMarch is an English acronym made up of the words endometriosis and march. The campaign was launched in the USA. In 2014, for the first time, it took place worldwide - including in Germany. The overall goal of the event is to raise awareness of the disease among the public. After all, around 200 million women and girls around the world are affected by it. Nevertheless, very few people know about the existence of endometriosis or what it is about.

Furthermore, the EndoMarch, which takes place annually in March, pursues the following goals:

The content of the EndoMarch is best illustrated by a look at previous events. Already the "predecessor" of Endometriose Dialog e.V. – the volunteer organization Network Endometriosis - has helped organize and run the German version of the campaign in previous years. The 1st EndoMarch took place in March 2014 in Berlin. This was followed by further events in 2015 to 2018, each of which consisted of the following components:

In 2019, for the first time the EndoMarch was held virtually due to numerous organizational and financial challenges. In terms of content, the new format barely changed anything. Even with the new version, several experts had their chance to speak and gave interesting presentations. In addition, the design as an online congress made it possible for those affected, who live far away or are unavailable, to participate comfortably from home.

Outlook: Second virtual EndoMarch for 2021 is already being planned

The next EndoMarch is scheduled for March 27, 2021. Save the date! Based on the positive experience, we will use the online version again. We will provide further information on the contents, the procedure and registration here.

Of course, we welcome any form of support - whether it is expert contributions, the distribution of information material (online and offline), organizational support or financial donations. 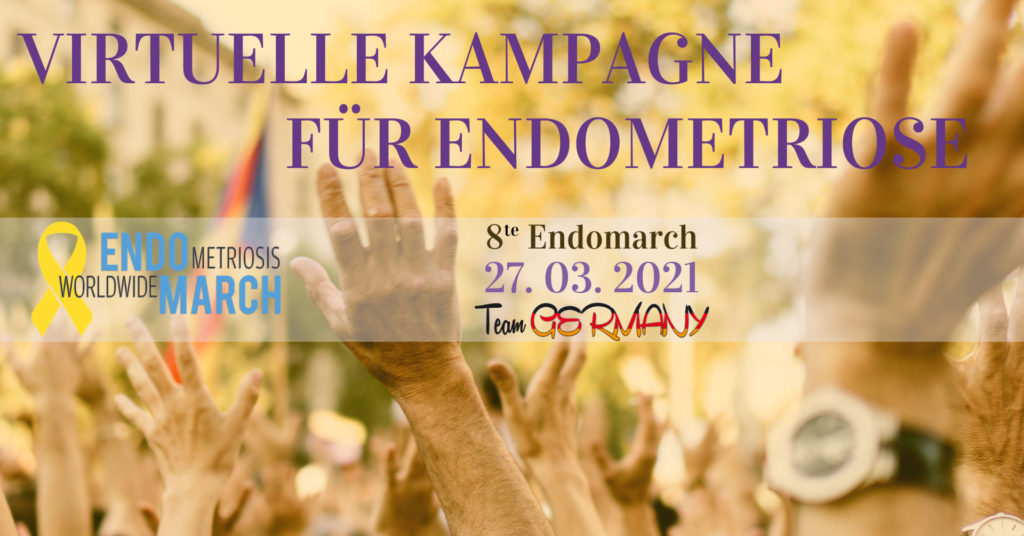 We provide further information on the content, the process and registration here. 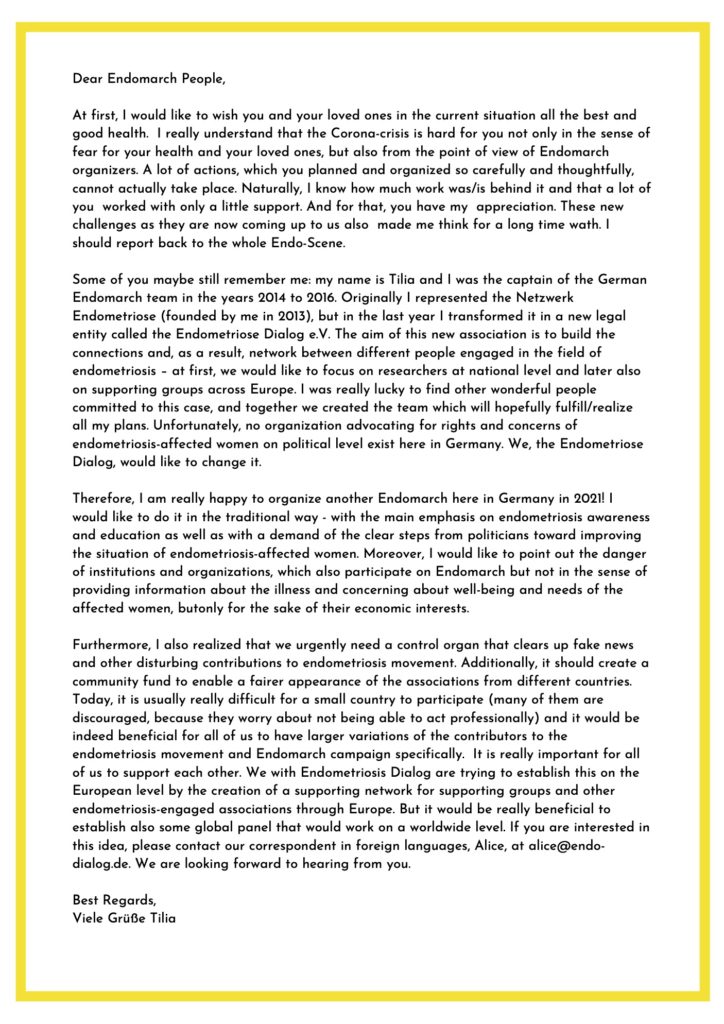 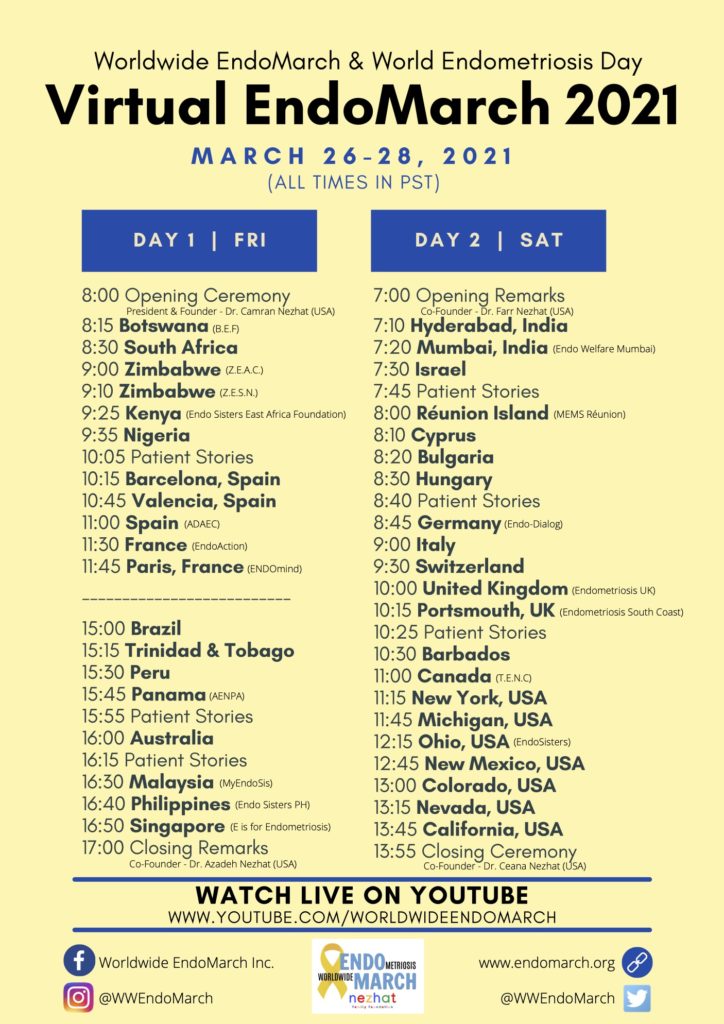